On The Role Of Police

This past weekend, Calgary's Police force were caught beating a man on video.  This isn't an overreach on the scope of those that we have seen in the US of late - the victim still walked away from it.  That's the good news.

The bad news is that this represents exactly the same kind of problem.  Namely that the police believe that their role is now to mete out retribution for whatever perceived slight may have happened in the seconds or minutes before the video was recorded.

On the video, we see 2 police officers restraining the man, while the third starts punching him repeatedly in the face.  If this had been 3 civilians, all three would now be facing charges for assault at the very least.  Instead, on CBC this morning, I got to listen to someone defending the police actions as "normal procedure".  Since when did beating the tar out of a restrained suspect become normal procedure?

We vest an enormous amount of authority in our police, and with that should come responsibility to act in a far more responsible manner than this.  Once they have the person restrained (and I don't know how you could argue that he wasn't restrained with two officers holding him down), that's where it should stop. 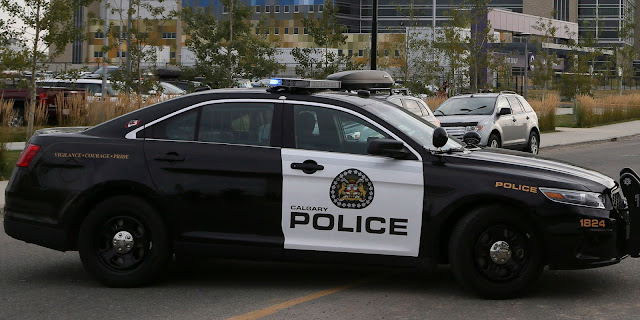 In some respects this is predictable.  Growing up, the motto on the side of police cruisers was usually something along the lines of "To Serve and Protect".  Today, we have "Pride, Courage, Vigilance" emblazoned on the side.  The older motto was outward looking, and reflected the role of the police as peacekeepers and protectors of the public.  The new motto is inward looking, and places the police apart from the public that they are responsible to.

There is a concept in Canadian law of "reasonable force".  Yes, we need to make allowance for the fact that the police on occasion may have cause to use more force than the average citizen on the street.  However, there must be limits.  Once the suspect is restrained, it should end there.  Period.

Telling me that what was in that video is "standard procedure" is simply telling me that "standard procedure" needs to change.  The police are a civilian force, whose role it is to bring those who breach the peace to justice.  They are not the arbiters of right and wrong, nor are they vested with the authority to mete out punishment because they're pissed off with a suspect.

Citizens should not live in fear of the police, and yet incidents like this where it is quite unambiguous that they are acting like the very street thugs that they supposedly protect us from make them appear to be a greater threat.
at July 11, 2016 1 comment: